Island biogeography examines the relationship between islands in a given region, finding similarities and differences in the flora and fauna of each. This information helps us understand the biodiversity of specific communities, and the evolutionary history of a region.

Exploring, surveying, and sampling the biota of several islands is no easy undertaking. In order to survey each island’s plants, bugs, reptiles, birds, and mammals, a large interdisciplinary group of scientists is needed.

This expedition consisted of five teams: botany, entomology, ornithology, herpetology, and mammology. Each team’s goal was to document the presence of different species on each island. This often involved collecting samples for collection or other analysis.

Led by the San Diego Natural History Museum’s Curator of Botany, Dr. Jon Rebman, the botany team was the largest by far. The flora of the region is so diverse, and completing a survey for a large island takes time and effort, making a larger team necessary. Armed with a list of recorded and target species (that is, species with no known records), this group of 14 experts was able to cover more ground and collect hundreds of new data points throughout the trip. The botany team’s days were spent hiking, surveying, and collecting field samples, while evenings consisted of carefully pressing each specimen and adding it to a growing collections list. 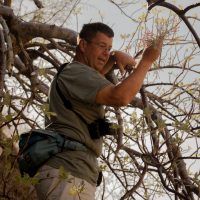 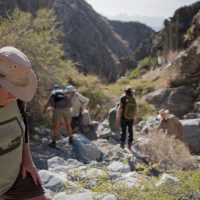 In contrast to the botany team, the remaining four teams consisted of just a few people. The entomology team included Drs. Michael Wall and Alfonsina Arriaga from the San Diego Natural History Museum and Mexico’s National Institute of Ecology (INECOL), respectively. During the day, the team would set up visual traps that used blue and yellow coloration to attract bees and other insects, then spend the rest of their time surveying the island for beetles, ants, and the like. At night, the team would set up nocturnal light traps, and survey for scorpions and spiders. 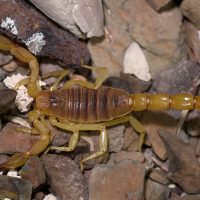 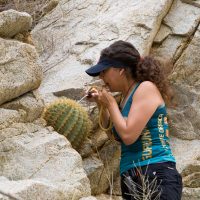 There were two birders on the expedition, whose days looked very different from each other’s. Dr. Enriqueta Velarde, an expert on the seabirds of Baja California, would conduct her surveys from the boat as it moved from site to site, and then, upon arriving at a new island, from a skiff hugging island’s coast. Enriqueta’s data on the number of individuals and diversity of species present informs us about the health of our oceans, the primary food source of these birds. Birder two, Gerardo Marrón, is an experienced terrestrial birder who would spend his days hiking deep into each island in search of new species records. His techniques included using calls, especially at night, to attract and identify different birds. 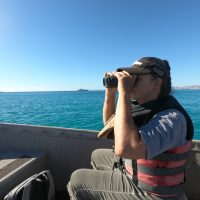 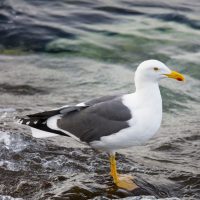 Though this year’s expedition proved colder than ideal for seeking out reptiles, the herpetological team—consisting of the Museum’s Curator of Botany, Dr. Brad Hollingsworth and Environmental Consultant Vince Scheidt—was able to find a wide array of species, including geckos, chuckwallas, lizards, and snakes across the 14 islands. Like other teams, they set up traps, while also surveying the island both during the day and at night. They collected data on all the specimens they caught, which included taking measurements such as length and weight, and tail clips for DNA analysis, as well as photographic documentation. 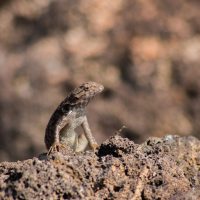 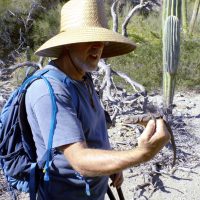 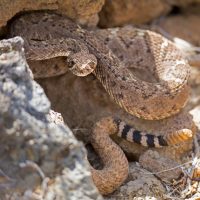 Dr. Alan Harper and Scott Tremor, Mammologist at the Museum, had very different days than the rest of the teams. During the day, they would set up Sherman Traps with a few oats inside to capture small mammals. They would then spend the rest of the day surveying the island for signs of mammals, both native and invasive. These signs could include anything from footprint, scat, nests, or bones. Then, early the next morning, they would return to their traps, often finding deer or pocket mice.

In most instances, non-destructive methods of data collection can be used on mammals. This includes ear clips (for DNA analysis) and photographic documentation. In the rarer instances, when entire-specimen collection is deemed useful, mammologists are careful to collect only non-endangered adult males. 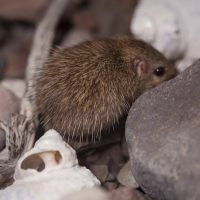 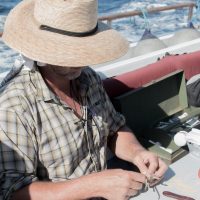 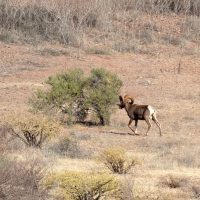 By identifying new species records, confirming past sightings without records, and measuring the impact of invasive species, this expedition will help create a more comprehensive lists of species for each island, thereby contributing to our understanding of the ecology of the entire region.

Additionally, the data from these expeditions can be used to answer research questions about the natural history of these islands and the many possibly ecosystems interactions at play there.

Finally, it is worth nothing that, although the expedition had five distinct teams, there was also a significant overlap of support between teams. For example, botanist Dr. Nancy Vivrette is also an experienced birder and spent much of her time surveying with Dr. Velarde. Expedition leader, Dr. Sula Vanderplank, though a botanist by training, could be found on any team at any given time supporting their efforts. All of this is to say that these teams did not work in isolation, but rather depended on each other for a more comprehensive understanding of what is taking place on these islands.