Ninety years after it’s founding, the port of San Felipe, Baja California, is not going through its best moments. Illegal fishing of totoaba (Totoaba macdonaldi) exerts a negative pressure on the vaquita marina (Phocoena sinus) population by increasing the threat of by-catch death due to the use of gillnets to capture the totoaba. Under increasing national and international pressure, the Mexican government has decided to implement a two-year ban on the use of gillnets and longlines in the Upper Gulf of California, since these place the vaquita marina at great risk. Although it is true that there is talk of an economic compensation for the fishermen and the fisheries production chain, which will also be affected by this strategy, the economy of the port of San Felipe will receive a great blow, the magnitude of which is still unknown. 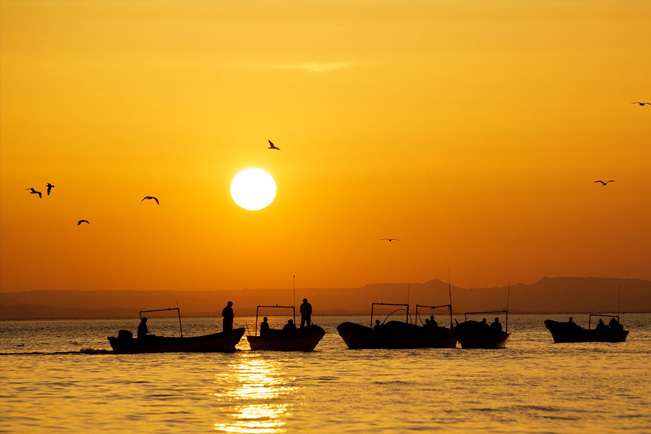 The nervousness created by the ban that will begin in April is one of the factors that make this situation in the Upper Gulf complex. In the last weeks, the region has seen the rise of fuel prices, some paying up to $14 pesos a liter for regular unleaded. In the face of the elevated cost of fuel, the population is asking the government to keep the price equal to that of the city of Mexicali, B.C., since the port belongs to the municipality of the capital of the state, and the difference in prices is excessive.  Low volumes of fish catch and high gasoline prices lower profits for fishermen. Gasoline represents the highest among the operation costs of a fishing vessel.

As the beginning of the ban approaches and fishermen are looking for ways to adapt to the rising fuel prices, they have also had to deal with a no-fishing sanitary ban caused by a red tide. The red tide has been happening for more than a month and the fishing ban on bivalve molluscs has not been lifted, another blow for the economy of the port, since producers for geoduck and other affected species have not been able to commercialize their product during this time. The goeduck fishery is one of the most important for this port; just in 2006 it generated more than $80 million dollars for the state of Baja California. Even though red tides are naturally occurring events, and not all of them result in sanitary bans, the frequency and magnitude can increase due to factors like pollution and even elevated water temperatures. It is the first time in a long time that a red tide is registered to extend all over the Upper Gulf of California (from Puerto Peñasco to Bahia de Los Angeles) and for such a long period of time. 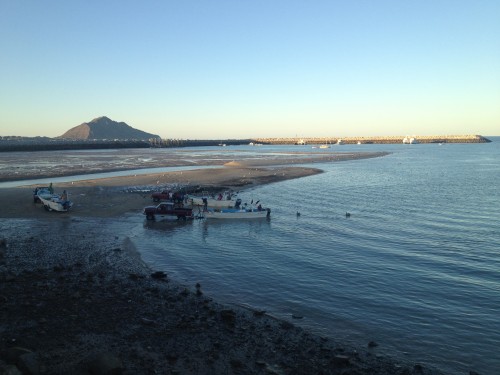 In the midst of these events the fishermen of San Felipe are in a situation of uncertainty. Fishing is the principal source of income and with the suspension of the use of gillnets it is difficult for the sector to visualize a prosperous future in the Upper Gulf of California. According to a document drafted by SAGARPA the value of shrimp, finfish and shark production for San Felipe is $177,256,500 pesos annually. An independent study carried out by the Gulf of California Marine Program calculates that just the chano, Spanish mackerel, gulf corvina, and shrimp fisheries have an estimated annual value of $208,982,142 pesos for the community. The federal government will allocate more than $400 million pesos to compensate the fishermen of the Upper Gulf for the economic losses that the ban of gillnets will cause. In addition, it will invest more than $28 million pesos to compensate members of the productive food chain.

On the other hand, not everything is tragic. Government agencies like Sepesca-BC, CONANP, and CONAPESCA will offer support and financing programs for aquaculture and mariculture projects, among others, aimed at fishermen and cooperatives. These are alternatives for the fishermen’s economy and therefore, for the port. In the next two years it will be extremely important to invest in infrastructure for the port to guarantee the well being of the sector and absorb the economic blow that the region will suffer. Some fishermen will be able to participate in monitoring activities, for which the government has destined a little over $80 million pesos. In addition, there is also the possibility of continuing their fishing activities, as long as they use alternative fishing practices like traps and hook-and-line (commonly known there as “piola”). Sports fishing can become a profitable alternative since San Felipe is a well-known destination for national and international fishing aficionados.

Undoubtedly, the next few months will be difficult for the fishing sector. We have to work by monitoring the changes and adjustments that will be carried out in the Upper Gulf of California to keep looking for ways to balance fisheries with conservation.

Anabel Espinoza was born in San Felipe, Baja California, where she currently lives. She studied law and received her law degree form the UABC in Mexicali. Like most people in San Felipe, Anabel comes from a family with roots in the fishing industry and ties to the sea. Her unique point of view provides the GCMP team an opportunity to learn and understand the context in which fishing develops in this community.