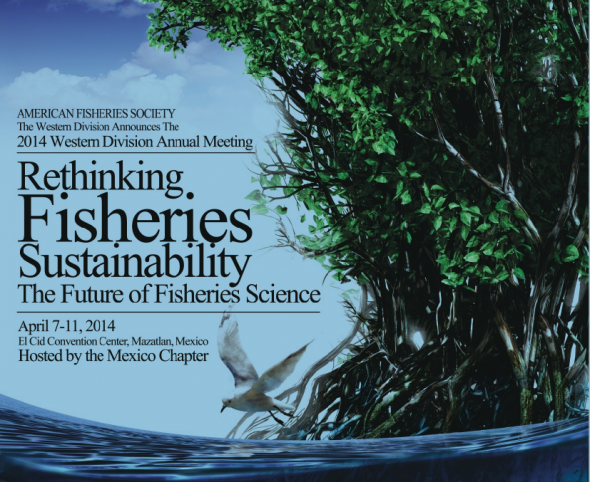 As I sit in my seat during my two-hour flight from Mazatlan back to San Diego, I decided to kill some time by reflecting on the symposium we held yesterday at the AFS meeting in Mazatlan. The theme of the symposium was the status of rocky reefs in the Gulf of California, and our goal was to discuss what we have accomplished as scientist to help manage and protect this important ecosystem and the most important things scientists should focus on in order to make a positive impact moving forward in the next decade.

Having such a debate seemed important and timely, since some like to joke that researchers working in the Gulf have the unfortunate tendency to keep repeating the same steps over and over rather than helping to push things forward. While this is true to some extent, from my perspective, I think we have made sound progress in the last decade. Of course, we have a long way to go, and some things haven’t changed at all, but there are some positive things that should be celebrated. In addition, some connections were made among researchers and institutions during this symposium itself that bode well for future research.

So, here is a list of a few interesting things I learned during the symposium and some ideas and outcomes that resonated with me…

(1) It is great to see that 15 years of monitoring data in the Gulf of California allows us to actually assess the status in a robust manner to know which ones are healthy, which are depleted, and how much revenue can be generated by managing and protecting them. This demonstrates why monitoring is such a powerful and necessary tool for management and conservation.

(2) There is a lot of interest in our DataMares platform. More and more scientists and agencies understand the power of open-access information. We discussed opportunities and challenges in trying to get more of the many different data sets related to reef monitoring, fisheries, and ecosystems into DataMares for the benefit of everyone working in the Gulf.

(3) We’re finally evolving to include economics and social science in a more robust and direct manner. Andrés Cisneros-Montemayor presented some brilliant results on how Mexico has the largest ecotourism industries among all developing countries in the world (wow). Mateja Nenadovic showed us how an appreciation of social-ecological relationships gives us a different picture of how small-scale fisheries are spatially organized. Finally, Octavio Aburto provided some valuations of the reefs of the Gulf and argued that true protection of fishes inside existing marine reserves would not harm fisheries profits but rather increase them.

(4) Few reef fishes are managed in the Gulf of California. For example, even though groupers and sea basses represent incredibly valuable fisheries, and many species have suffered dramatic declines, there are no harvest restrictions for these fishes (e.g. catch limits, size limits, or seasonal restrictions).

(5) Alexandra Sanchez showed us that 10 years after Sala’s important publication on “Fishing down the food web” in the southern Gulf of California, and based on her results from her monitoring work, things continue to deteriorate. However, what is interesting is that the mean trophic level of fisheries has stabilized, and we had lengthy discussions on how relevant such a measure is for identifying the health of fish stocks and fisheries.

(6) Cabo Pulmo never gets old. Eliana Alvarez presented a 15 minute documentary film that discussed the health and recovery of Cabo Pulmo, a topic that has been well advertised for the past 3 years, both across Mexico and the rest of the world. Some may scoff and say we need to move one, but I disagree. This place remains the best example of healthy rocky reefs in the Gulf, and in many ways, it serves as a roadmap for how to improve the efficacy of other reserves in the Gulf. The movie was brilliant, and I hope many people can see it and be inspired. 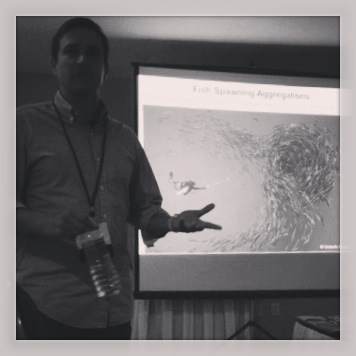 Brad Erisman. Research Scientist, Scripps Institution of Oceanography (UCSD). Dr. Erisman has been studying the biology and fisheries of reef fishes from southern and Baja California for over 13 years. He leads several projects related to the conservation and management of fish spawning aggregations in the Gulf of California, is a member of the Species Survival Commission for the International Union for the Conservation of Nature (IUCN), and is a board member of the Society for the Conservation of Reef Fish Aggregations (SCRFA).