For a new PhD student and scientist-in-training, attending one’s first scientific conference is a milestone.  In April, I had the great opportunity to attend the 2014 meeting of the Western Division of the American Fisheries Society, in Mazatlán, Mexico. 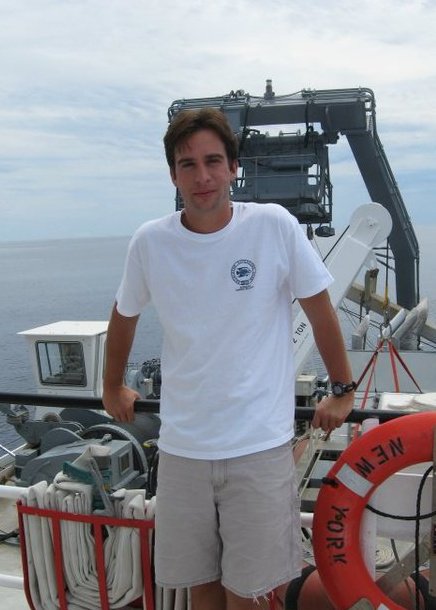 I started in September of 2013 as a graduate student in the biological oceanography program at the Scripps Institution of Oceanography, UC San Diego, and attending this conference was only one of the many great experiences which I have been fortunate to have so far here.  Before I even arrived at grad school, my interest in mangrove ecology drew me into collaboration with Prof. Octavio Aburto-Oropeza and the Gulf of California Marine Program.  For several years, this group has been studying the ways in which mangroves play important ecological roles that reach well beyond the confines of the forests themselves.  These roles, for instance that of providing critical nursery habitat to commercially important fish species, can be understood as ecosystem services provided to human society.

Given my interest in the ecological processes and services that mangroves perform, when I heard that there would be a Symposium on Mangroves as Fish Habitat at the 2014 fisheries meeting, I was very intrigued.  Additionally, Octavio was participating in a meeting organized by Dr. Mark Spalding of the Nature Conservancy to get together a group of mangrove scientists to contribute to a developing model of the value of mangrove habitat to fisheries around the world.  It was clear how stimulating it would be to my development as a mangrove researcher to participate in these events.  Thanks to the Gulf of California Marine Program, I was able to travel to Mazatlán, attend the three days of talks on mangroves as fish habitat, and to participate in the meeting on mangrove service valuation on the last day of the conference.

This was my first time in Mexico, and I definitely appreciated the beautiful views and weather in the coastal city of Mazatlán.  We arrived the evening before the conference talks would begin, and shortly thereafter was a welcome social, where I met up with four Scripps master’s students who were also attending.  Also, in the crowd of scientists and students chatting and catching up, I spotted someone whom I knew from when I was a research intern at the Bermuda Institute of Ocean Sciences, and I started a conversation.  I had heard that the marine science community was a small world, but I had never really experienced that fact first-hand! 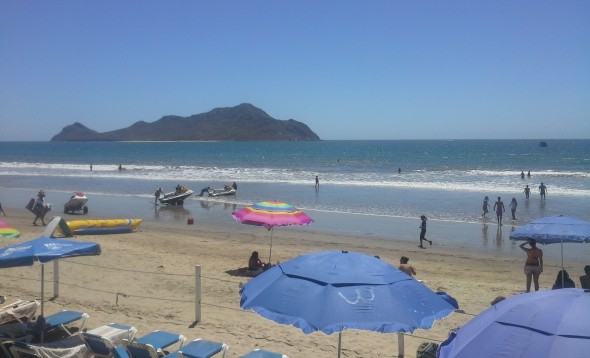 The next day, the meeting got down to business, and I pored over the schedule of talks.  There were so many interesting topics that I wished that I could be in two places at once!  Despite the allure of the diversity of other talks going on, I spent most of my time attending the Symposium on Mangroves as Fish Habitat.  I was blown away by how many different scientists were working on what I had thought to be a fairly specific topic, and how many innovative ways they had found in which to explore it.  I got many great ideas for developing my own research, particularly from a couple of speakers who discussed the carbon that is stored in mangrove sediments, an area of mangrove ecosystem function which I plan on exploring in my thesis research.

In addition to attending the stimulating talks, I met and talked with a wide range of scientists and students, some in research areas very close to my own and some quite different, but all with great ideas and experiences to share.  The student poster session was a great chance to see the breadth of research areas in which the other students there were involved.  Besides being so intellectually stimulating, the conference was fun too!  Of particular note was the night after the concluding talks, when we had a dinner and social at a neat, old building in the historic sector of Mazatlán that had been converted into a restaurant, a very cool space.  I remember it especially fondly because there, at midnight, I celebrated my 25th birthday surrounded by friends, both those I had already known from grad school and those I had newly gotten to know over the previous few days.

The next day, the meeting on mangrove valuation for fisheries took place, and I had the experience of seeing how expert opinion on a topic can be gathered and condensed into a coherent whole.  As you might imagine, it was not an entirely simple operation, but, after a series of group discussions and break-out groups, and several sheets of poster-sized pad paper, we reached a series of conclusions on which we agreed.  These have been incorporated into a draft of a report on the topic that is now in the stages of revision for publication, and I am glad to remain involved in this important project. 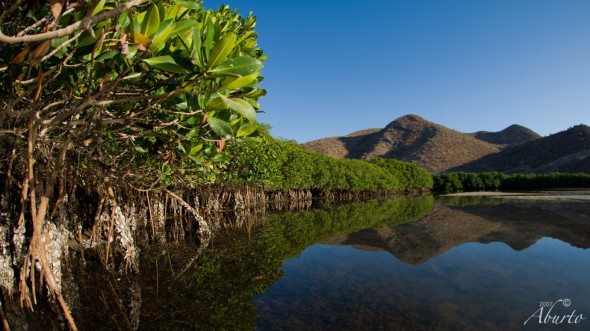 I returned the next day to San Diego, back to the everyday challenges of life as a grad student.  But I was, and am still, inspired by many excellent presentations and discussions that had occurred that week, full of ideas and aspirations for the work in the mangroves on which I will soon be setting out, excited about the findings that I will myself be able to share when I attend my next scientific meeting.

Matthew Costa is a Graduate Student at Scripps Institution of Oceanography, UC San Diego (matriculated in 2013, Regents Fellow 2013-4).  He studies biological oceanography as he pursues graduate study in collaboration with the Gulf of California Marine Program.  His research interests include community ecology, biodiversity and functional diversity, and coastal ecosystem processes and services, particularly those of mangroves.  Prior to study at Scripps Institution of Oceanography, he performed undergraduate research on coral reproductive ecology and mangrove tree species zonation at the Bermuda Institute of Ocean Sciences while completing a Bachelor of Arts in Ecology and Evolutionary Biology degree at Princeton Univ