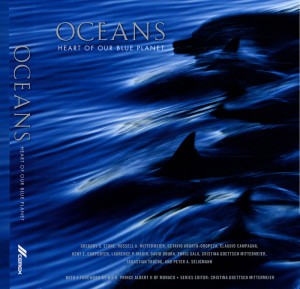 Water is essential for life on earth and one way or another, every form of life in this planet is connected to the oceans. Amazing adaptations have evolved in marine life from the different worldwide oceans. From corals, octopuses, fish that display incredible colors and shapes, to vertebrate animals that have returned to the oceans and are represented in the most charismatic marine mammals and sea birds. 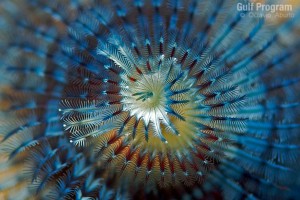 But humans have impacted the oceans in a very profound way. It is no longer a fight to save a whale here, a collapsed fish stock there. Today, whole ecosystems hang in the balance, the same ecosystems that provide us with many services for free, such as food and protection. It is time to change the way we see the oceans.

Today (November 30th, 2011) the book “Oceans: Heart of our Blue Planet”, was published as a part of the efforts to communicate the success stories of ocean conservation, and to show the problems that coastal communities are facing because of the rising trends of overfishing, pollution, and habitat destruction. This book is the 19th in the CEMEX Book Series, which has Cristina Mittermeier as the Series Editor and Russel A. Mittermeier and Gregory S. Stone as the Consulting Editors. Together, fifty-four researchers from around the world tell a story about the ocean’s biomes and the great diversity of life found within them. They review marine hotspots around the world and talk about the challenges they have to overcome in order to manage and preserve these extraordinary marine regions. 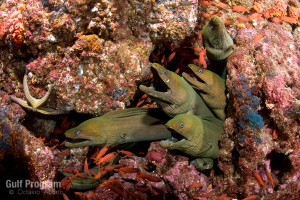 The Gulf of California Marine Program is part of the book’s collaborators and wrote a chapter about the region. We talk about the extraordinary productivity that this hotspot has, how this productivity is influenced by El Niño oceanographic conditions, how it has been overfished in an alarming way, but also how it can recover if we replicate successful examples of marine reserves such as Cabo Pulmo National Park.

You can access more info at http://www.ilcp.com/publications/oceans-heart-of-our-blue-planet , and see the promotional video:

Author:
Octavio Aburto-Oropeza is a Postdoctoral Researcher at Scripps Institution of Oceanography (SIO), the 2010 recipient of the World Wildlife Fund (WWF) Kathryn Fuller Science for Nature Fund Fellowship, and a professional photographer associate with the International League of Conservation Photographers. Dr. Aburto-Oropeza obtained his PhD at the Center of Marine Biodiversity and Conservation at SIO, and was awarded the Jean Fort Award by the University of California, San Diego, for his significant contribution to an issue of public concern through his doctoral research. His research has focused on marine reserves and commercially exploited marine species and their fisheries in Mexico, Belize, Costa Rica, and the U.S.