I participated, back in the 1990s, in the studies for the declaration of the marine park. Frankly, we decided to go ahead because the community was so determined but the place at that time was not in good environmental health. However, if you visit the place now, you cannot believe the change that has taken place. And all of it has occurred thanks to the determination of a community of coastal villagers that decided to take care of their place and to be at the helm of their own destiny.

If you want to be inspired, then read a story narrated by one of these conservation heroes: 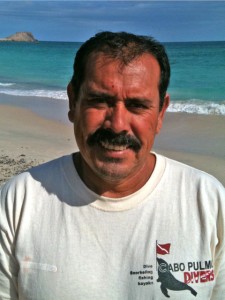 I am Mario Castro Lucero, vicepresident of Amigos para la Conservación de Cabo Pulmo. I remember how it was many years ago, when my dad used to come with the truck loaded with ice, and we went out fishing all the way south to San José del Cabo. Sometimes we would not catch a single fish while we ran out of ice and out of gas, and then we had to go and ask our boss for a loan to buy more ice and more gas.

Things were getting so bad that one day I took the decision of going to Cabo San Lucas to search for work in tourism. Because I was a good free diver they offered me the opportunity of becoming a Scuba master and I said yes, I come from Cabo Pulmo. So I took the courses and learned all about tank diving, and soon after I started to return to Pulmo as a dive master with groups of tourists. 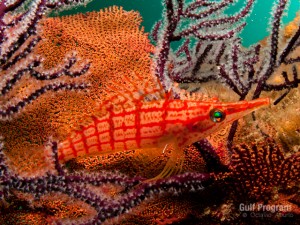 I had the luck of being the first one, and I in turn taught many here how to dive. I taught them how this work was done.

People often ask me if I have seen a tangible difference from being a fisherman to working now in ecotourism, and I respond that if before we only had beans to eat during difficult times, now we also have rice and cooking lard. That is the big difference. Yes, we have improved our condition, even if we never have any money in the bank, but you can see it. From the little pangas we had before, we now have nine good boats. Before we only had one. We are making progress, we own three houses now, before we didn’t own even one. And yes, we have seen progress but not everything is rose-colored. We put our all stakes behind this, we took risks. We fought together with university professors, scientists, conservationists, and we achieved our goals.

Author: Exequiel Ezcurra. Dr. Ezcurra is a former director of the Biodiversity Research Center of the Californias and provost of the San Diego Natural History Museum; current director of the University of California Institute for Mexico and the United States (UC MEXUS). Dr. Ezcurra is a professor of ecology at the University of California Riverside and an adjunct professor at Scripps Institution of Oceanography, University of California San Diego. His 30-year career as an ecologist has embraced a vast range of interests that include nature conservation, the ecology and biogeography of coastal deserts and wetlands, land-ocean interactions, the application of mathematical modeling in ecology and conservation, and the management of natural resources in areas under traditional use (Please visit: Ezcurra Lab).
Texts recorded, transcribed, and edited by Ana Ezcurra, Octavio Aburto-Oropeza, and Exequiel Ezcurra.